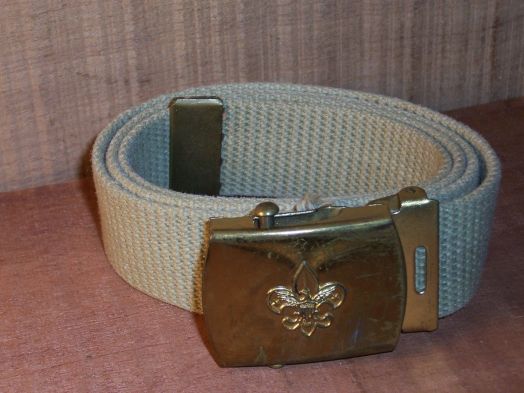 Once, as a Boy Scout traveling to a campground many hours away, I purchased a bucket of Coke at a pit stop (66 ounces to be exact) and drank it all in the following thirty minutes. At which point all 66 ounces of soda decided that they wanted to come out—the only problem was we were still two hours away from our destination and our driver was not going to stop. And so I waited. And waited. And waited.  I waited as we drove up thousands of feet on mountain roads. I waited as my friends enjoyed watching me squirm as they told jokes about waterfalls. And I waited as I literally felt my insides expand to their breaking point.  It was the first time I thought my bladder was actually going to burst, and truthfully, in that moment, if it had happened I would have been happy.

Finally, after what seemed like an eternity, we came to a stop in front of a rustic, public restroom. I jumped out of the van, ran/waddled, to the door of beckoning freedom. With each step I fumbled with my my scout belt, trying to get it off before I entered the stall. Then terror ensued. My scout belt was stuck.

The belt was not your typical belt. It was the kind that had a square box with a metal pin in it to keep the belt cord from moving. And that two-inch pin was stuck—jammed sideways and not moving. I started to panic, my legs went numb, and my mind raced for a solution, as all the while I tugged for dear life on that little metal pin that stood between me and ethereal relief.

I stared at the white porcelain seat that had once been my hope and refuge, but now only seemed to mock me in my plight. So close, yet so far away. The pressure mounted, my hand started to shake, and sweat like dew covered my flushed face. I thought, it’s over. I began to resign myself to the inevitable end that I was going to have to let all 66 ounces out into my pine green scout shorts and onto the grey wood floor. But then it happened. By sheer miracle, that little brass pin moved and my scout belt flung open. And there, in a wooden shelter of a bathroom, I stood in victory… for at least ten minutes.

The season of Advent is about waiting, but thankfully it is a different kind of waiting.

In God’s kingdom, waiting isn’t meant to be an excruciating, painful, no-end-in-sight delayed experience, like a liquid-filled Boy Scout waiting for relief. Rather, waiting, for God’s children, is meant to be something entirely different, something of a blessing.

How can that be? Over the next four Mondays I’ll share what I consider to be some of the best Advent post from around the Web, all addressing the blessing of waiting.  My hope is that it will change the way you and I think about waiting and about the season of Advent.

First up, a fantastic article by Rob Bell.  Now, I definitely do not agree with everything Rob Bell has written in recent years. But back before he kissed evangelical theology goodbye, he wrote a very good article about Advent and the Church Calendar. It is Rob Bell at his best, and, for every Christian, an article worth reading.  So click on the link below and read the article, then come back and share your thoughts in the comment section. Enjoy!

Next week, a post from  Marc Cortez (Associate Professor of Theology at Wheaton College)

For those looking for some good Advent resources, here are a couple of inexpensive, but helpful books: